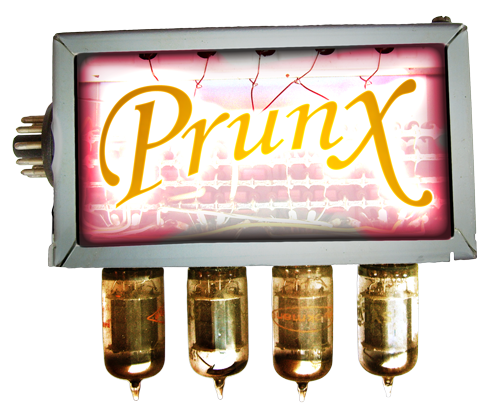 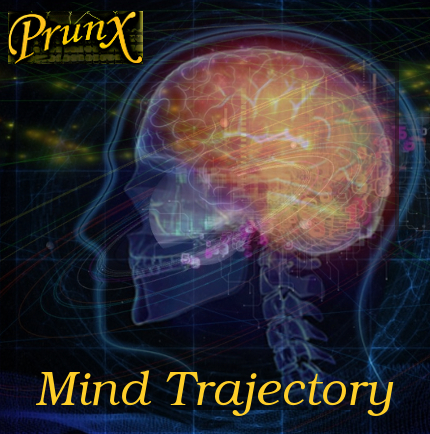 Today our friends at germanshepherd released our new EP Mind Trajectory! Even more spectacular is that we gained the “Sonic Diary Sign of Approval” by Stephen Doyle before the EP was actually released! So, listen, download and join the Release and Jubilee Party at november, 9th @Urban Spree Berlin to see and hear the EP live and in Technicolor!

Wow, we made it! Our new digital EP Mind Trajectory will be released November 3rd by German Shepherd Records! PrunX are now travelling together for 10 years! So we want to celebrate with you on November 9th at Urban Spree Berlin! Together with Geigerzähler, who supported one of our new songs with his violin and Dirty Feetz – who are presenting their own release Ganze Nacht Volume II – we’ll create an unforgettable evening. More surprises are on the way, so put a red mark in your calendar now! We are precarious, but fair: You donate on leaving the location, please! PrunX & Dirty Feetz Urban Spree Berlin RAW-Gelände, Revaler Str. 99 Thursday, November 9th, doors open 8 pm 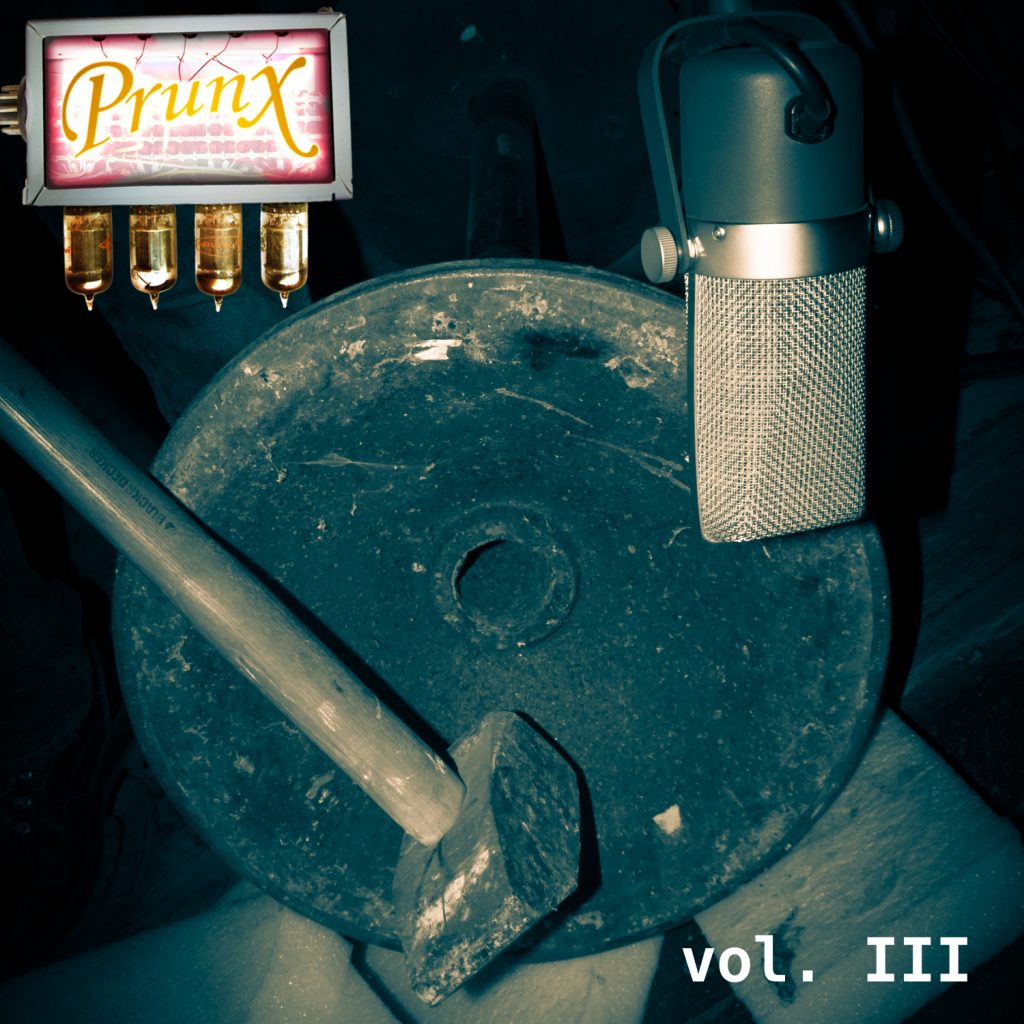 Right on time for the celebrations of the German Reunification Day Prunx release their new video for Iron Dream! Shots from the former Radsatzdreherei of the RAW Franz Stenzer combined with historical footage material from variuos times of the 20th century, were the source from which we created the new video. And actually the results of the recent german election proved that songs like Iron Dream are highly up to date. Special thanks to Lars Lenski for camera, N.U.Unruh for the metal percussion on audio and archive.org and The Prelinger Archives for the footage material. 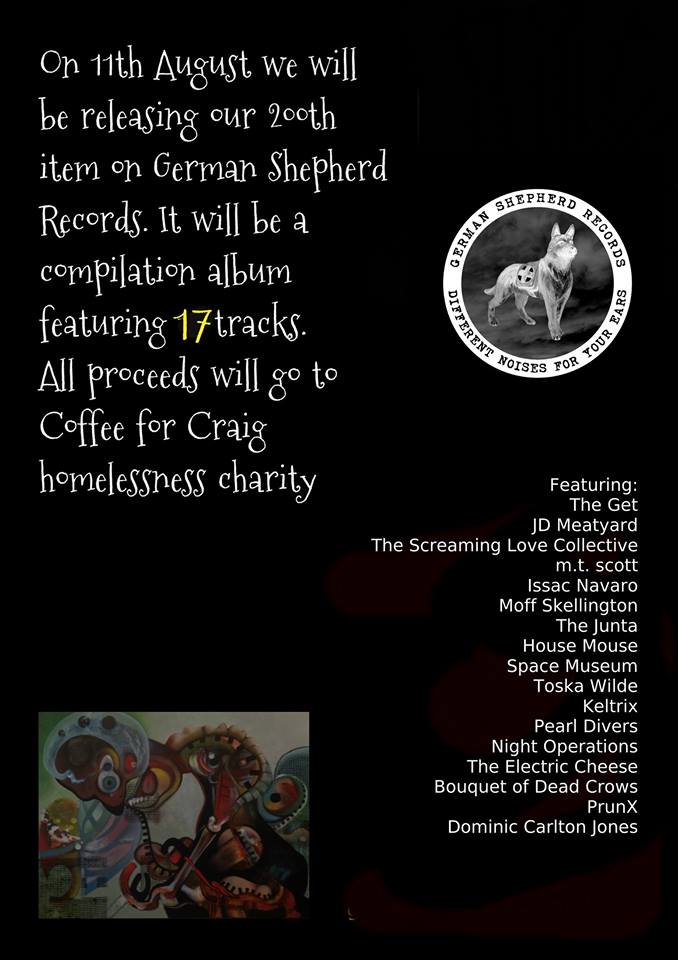 After two and a half years of operation Greater Manchester based not for profit label German Shepherd Records has reached the milestone of a 200th release. To celebrate this auspicious occasion label owners Ian and Bob asked the artists on the roster to contribute material for a compilation album. As with previous milestone releases from the label all proceeds will be directed towards a charity, in this case the Salford based homelessness charity Coffee4Craig which is based in Weaste which is close to the German Shepherd kennel in Eccles. 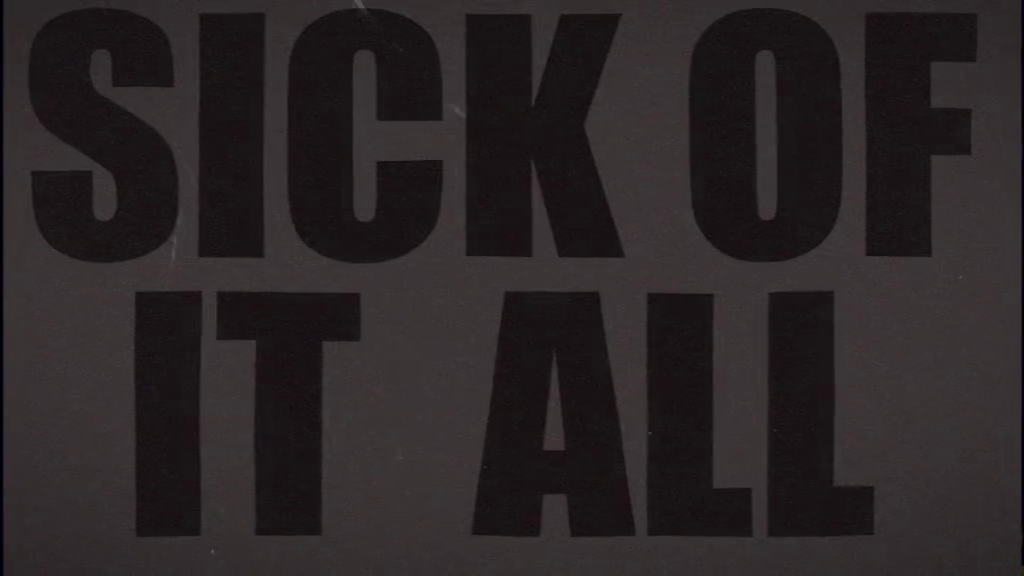 Tom and Lars sacrificed endless hours of their time and effort to shoot and edit the new video for “Sick of it all” . Thx to both of them ! We hope you will like it as much as we do. 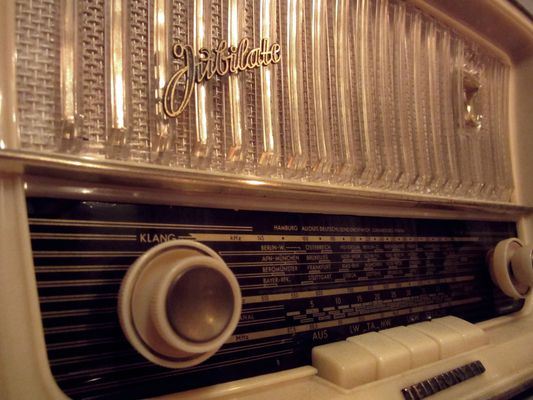 More radioplays this week ! From July 12th to July 17th we have the great honor to be part of the award winnig Radioshow “Lopsided World of L” by the famous Radiopersonality Jonathan L ! The Show will be broadcasted international on 7 stations, check out www.jilradio.com for playlist and timeshedule of each station.

It’s called Muriquee          …a new tool for tour organisation by musicians and bands celebrates a  launch party at Urban Spree Berlin! starting from 1 pm inside and outside with exhibition and lots of music, more info. Old school on new pathways… PrunX tested the beta version and will rock you round 9 pm

Finally on Monday, June 19th our new Ep Vol. III was released and is now available for you here: https://germanshepherdrecords.bandcamp.com/album/vol-iii 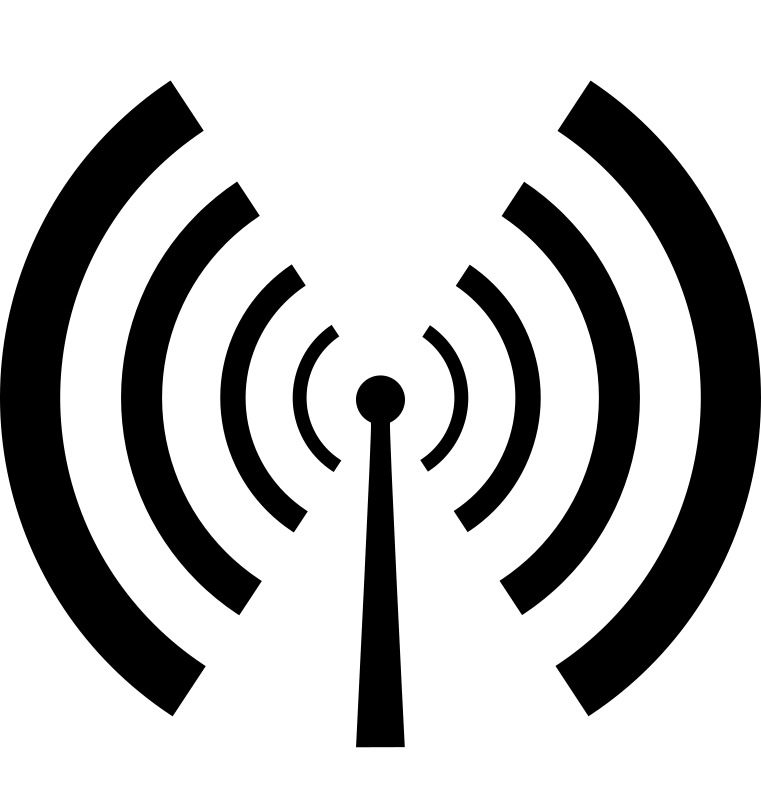 On Sunday, 11th June, we’ll be broadcasted in the “End of the Week Show” on Sheppey FM. You can listen to a Track from Vol. III before it’s official Release & you’ll have “the best new Indie & Alternative Music” from 10 pm to 00 am. Tune in ! We’ll be also Part of the new “Aural Delight” Podcast by Bob Osborne. On Wednesday, 14th June, you have “Two hours of music with no waffle” from 01 pm on. Right now you can listen to us on “Container Driver” , check out Graemes Podcast.

Big hug to our collaborator Cannonball Statman for recommending us, we are enthusiastic about releasing our new EP by German Shepherd Records into digital space. The three long awaited new songs from our DIY song factory ‘Iron Dream’, ‘Sick of it all’ and ‘Welcome to your nightmare’ convinced them. From June 19th 2017 enjoy here at music!